Saturday – Sunday 7-8.7.2108
Western Lesvos : Eressos
The Development & Promotion Actor of Eressos make us travel from yesterday to today with music and local tastes.
Saturday 18:30 Eressos square
At the main square of Eressos we will watch fine cooking creations by our favorite connoisseur Ilias Mamalakis and the Cultural Association of Eressos “Fanias”, with mollasses from the well known figs of Eressos.
Sunday 19:00 Eressos pier beach
With guitars and singing we remember together nostalgic times at the beach of Eressos pier. With watermelon and touloumotiri… Like in the old days when the things were simple and carefree.
Parallel actions:
Breakfast From Eressos: Planned with love, based on local products and recipes of the area. Search for it at the cooperating companies of Eressos, the entire time of the festival.
Floating cooking: Cooking with local products of Lesvos at the at the docks of Gialos by the famous unique chyef Eleni Psixouli and the taste journalist Ioanna Stamoulou.

2017, LESVOS FOOD FEST came to fill in with its aromas and tastes, the rest if the athletic, cultural and alternative events that Tourism Actor of Molivos throws, as part of the actions of the LESVOS THE OTHER AEGEAN®  network.

Inventor of the festival is the Union of Restaurateurs and Relevant Professionals of Molivos that aims through its events, to bring out and spread the the gastronomical tradition of Lesvos.

The most characteristic symbol of the gastronomy of the island is depicted on the logo of the festival ( sardine, star anise, olive) and composes a modern pattern, that expresses the festive mood as we gather around the tables.

The Development & Promotion Actor of Eressos, the other Aegean and the Union of Restaurateurs and Relevant Professionals of Molivos.

First time Eressos takes part at the Lesvos Food Fest that hosted last year for the first time the Tourism Actor of Molivos together with the Union of Restaurateurs and Relevant Professionals of Molivos. 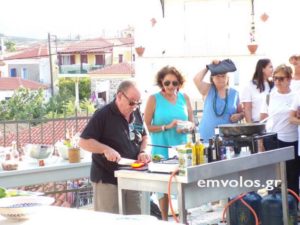 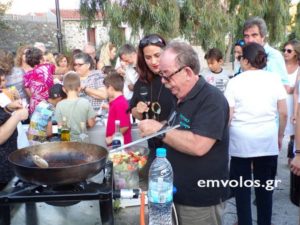 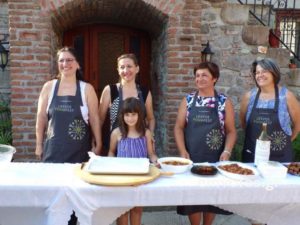 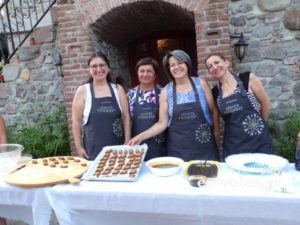 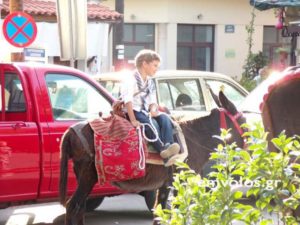