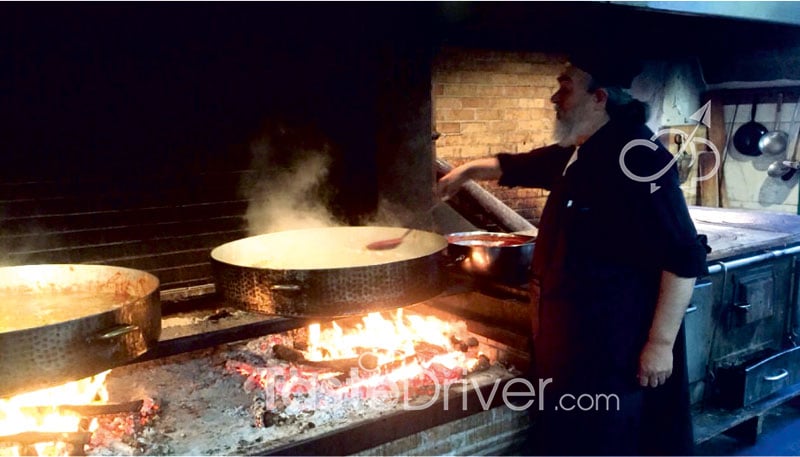 Trip to Mylopotamos of Mount Athos … Meeting with Father Epiphanius 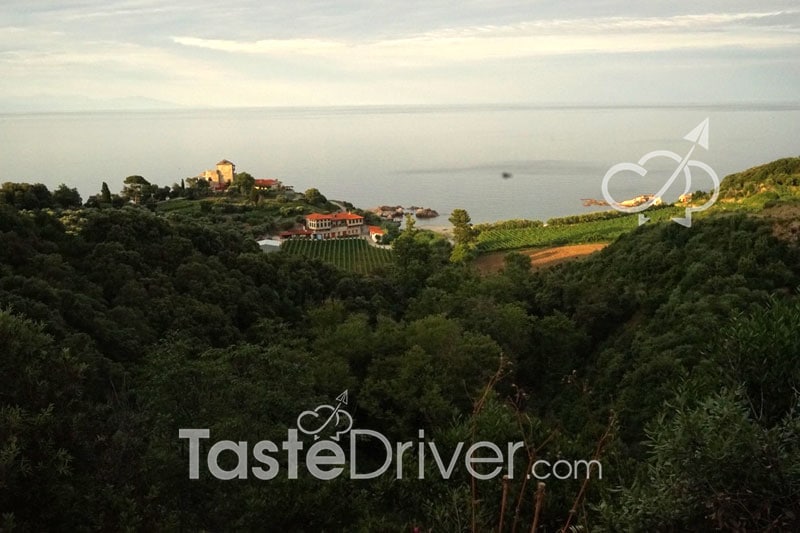 The nature of Mount Athos is unique, authentic, untouched … Passing under chestnuts and arched bridges, we reach Mylopotamos, the Holy Eagle’s Seat. He “stands” on the cliff, rejoicing and mingling with the sea. Just like a painting… It is the largest part of the Holy Monastery of the Great Lavra, the first monastery of Mount Athos called I.Kathisma which was founded in 973 by Saint Athanasius, the Athonite.

The first concern of the wise monastery of St. Athanasius was the fortification of the Holy Seat. Urgently, it was decided to build a tower with cells to ensure the life of the monks, since the attacks of the pirates were frequent in the monasteries and suburbs adjacent to the sea. Tower doors, with iron-protected, high balconies for sea view and the surrounding area, shielded I. Cathisma. The Tower “stands” until today, but the time signs are obvious…

Tower of stone and all around cells, wooden observatories, approaching by the sea gives the impression of a small castle of Orthodox faith, one which allowed neither pirates nor conquerors to step on.

Mylopotamos was a refuge for the reunification of important people over the centuries … with the brighter form of resistance, Orthodoxy, against the Turks, that of the Ecumenical Patriarch Ioakimus III who spent here “hard times” …

The dominant form of Mylopotamos nowadays, the Monk Epiphanius, which gave a new impetus to I. Cathasma. The acquaintance with the father “keeps years”. The father, after many years of monastic life, at the Monastery of St. Paul, decided to continue his work at I. Cathisma in 1990 by reviving the vineyard and giving the old glory to Mylopotamos.

Saint Athanasius, the wise man wanted to “dwell” in the area of ​​Mylopotamos, to expel “the poisonous snakes”. He planted a lot of vineyards and olive trees.

Later he built a large “Vouionarios”, a winery and a little further “litruvio”, an olive press.

Thus, the “big monastery” secured its own wine and olive oil for the bank and nama for the Divine Liturgy. There were many historical references of the millennium, for the famous wine, that had an annual production of approximately 60 to 80 tons. Wreaths and wreaths are still preserved by the huge “partisans”, winemakers.

In 1992, Mylopotamos revived and the first vines were planted. The love, dedication, perseverance of Father Epiphanios for the vine and wine has overcome many obstacles. Nowadays Mylopotamos, the linear vineyard of 50 acres has Merlot, Limnio, Cabernet Sauvignon, Moschato Hamburg, Moschato of Alexandria and Roditis.

The effort is unique and pioneering since Mylopotamos started the first production and bottling of wines in the Athonic State. The microclimate and the terroir of Athos create excellent conditions for the production of exceptional grapes. Besides the monasteries of Mount Athos those wines are available in the Greek market, as well as in some foreign markets.

In the kiosk, beside the sea, we can taste some of those wines while having conversations of our metaphysical quests.

THE WINES OF MYLOPOTAMOS

The ritual wine of Christianity, NAMA, full shiny red, from blend of Moschato of Alexandria and Merlot with traditional winemaking of wine.

It has some fine aromas of rose and forest fruits, rich tannins and pleasant aftertaste.

The award-winning and promising “Wonderful Wine …” Aworitic Local “from Limnio, Merlot, Cabernet Sauvignon, who are here in their” best “. Its color is of deep red with the aromas of plum, spices and red fruits. Body robust, rich tannins, harmony and prolonged sweet aftertaste. It is beaten and sipped in a carafe to “open” and “give” its aromas.

Father Epiphanius, apart from his spiritual work, he performs well in the kitchen as well. Although he is self-taught, he is a famous cook. It receives honorable invitations, with the signing of the Abiding Monasteries, to undertake the “difficult and painful commemoration of the Chief of the Chef” at the fairs. He is the writer of the book “Cooking of Mount Athos”, where he introduces the “culinary adventures” of his 35-year-old monastic life. “Next to the old seniors,” he tells us, “I learned the secrets of cooking. When I cook I think I serve the angels. I use what I have in my soul. My love, my joy or my sorrows. If you do not love people, do not struggle! If it’s done without love, food is not good. 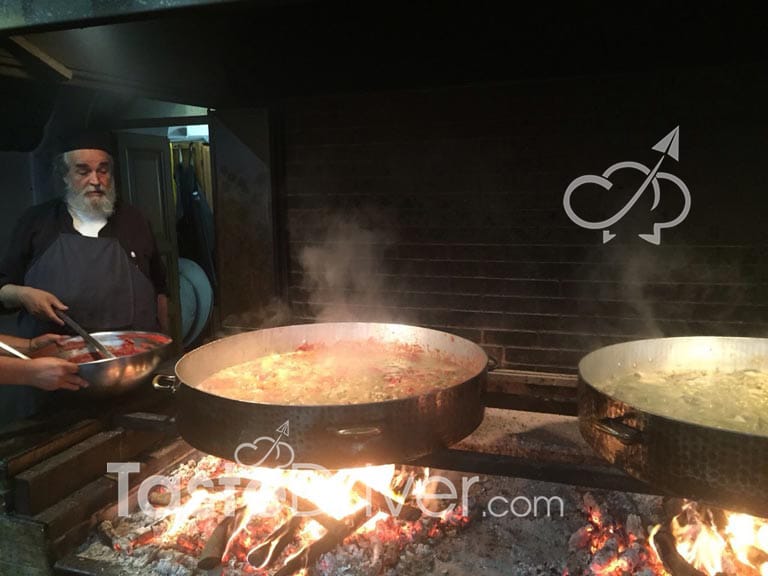 I only cook with wood, in the oven or in the fireplace on the pan. My tastes, I want them to be clean and fragrant. The pepper grains, the cumin, which flavors the flavors, grow up. Dill, fennel, mint are my favorite herbs, because they give a sweet smell. In Mount Athos we cook with fruits such as fish, fresh plums, or quinces. Heavenly flavors … »

The monk Epiphanius specially prepares for Emvolos.gr some of the celebrating recipes of Mount Athos

Tastes … from Mount Athos – Recipes by Father Epiphanius of Mylopotamos

The article has been published by Sissy Nika and Emvolos.gr