An iconic and festive taste…

Cappadocia is a magic place — it happens that some of my favourite people I know are originated from there and I admire their culture, their authenticity and their honor . The owner of Signature Travel in Athens, Maria Alifragki suggested me to go for a travel in Cappadocia . With her experience, I accepted and thanked her for the uniqueness of the trip’s organization.

I travelled in picturesque Prokopi (Ürgüp) where Agios Ioannis the Rosos lived. I visited the house, the farmyard and the little church and I went to the castle and I saw an amazing view. An entire state on the rock chiseled, with mansions with elaborate limestone facades, as the limestone and granite quarries were close by. The hotels are dreamy and within the rocks. I had the unique experience of traveling with the air balloons (an unpowered aerostat) and have seen the unique lava rocks that have taken on strange winds, fairytale shapes with air and water.

All around the area because of the microclimate and soil texture, viticulture flourished over the years with the region’s famous wines. In 1923 the vineyards were uprooted, but forty years ago the regeneration of the vineyards and the production of white and red wine from varieties of indigenous vineyards began. Legumes, walnuts, chestnuts are as well as apples that are dried and give tea with a unique drink that characterizes Turkey. Pulleys are made in many ways and have an enviable taste and wheat is considered the best in the region. Isli marks their cuisine and we asked the best chef for the authentic Cappadocian recipe that we share with you. 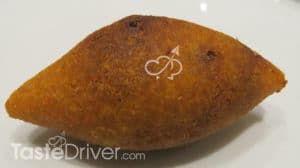