Exclusive! In the sanctuary of the castle!! 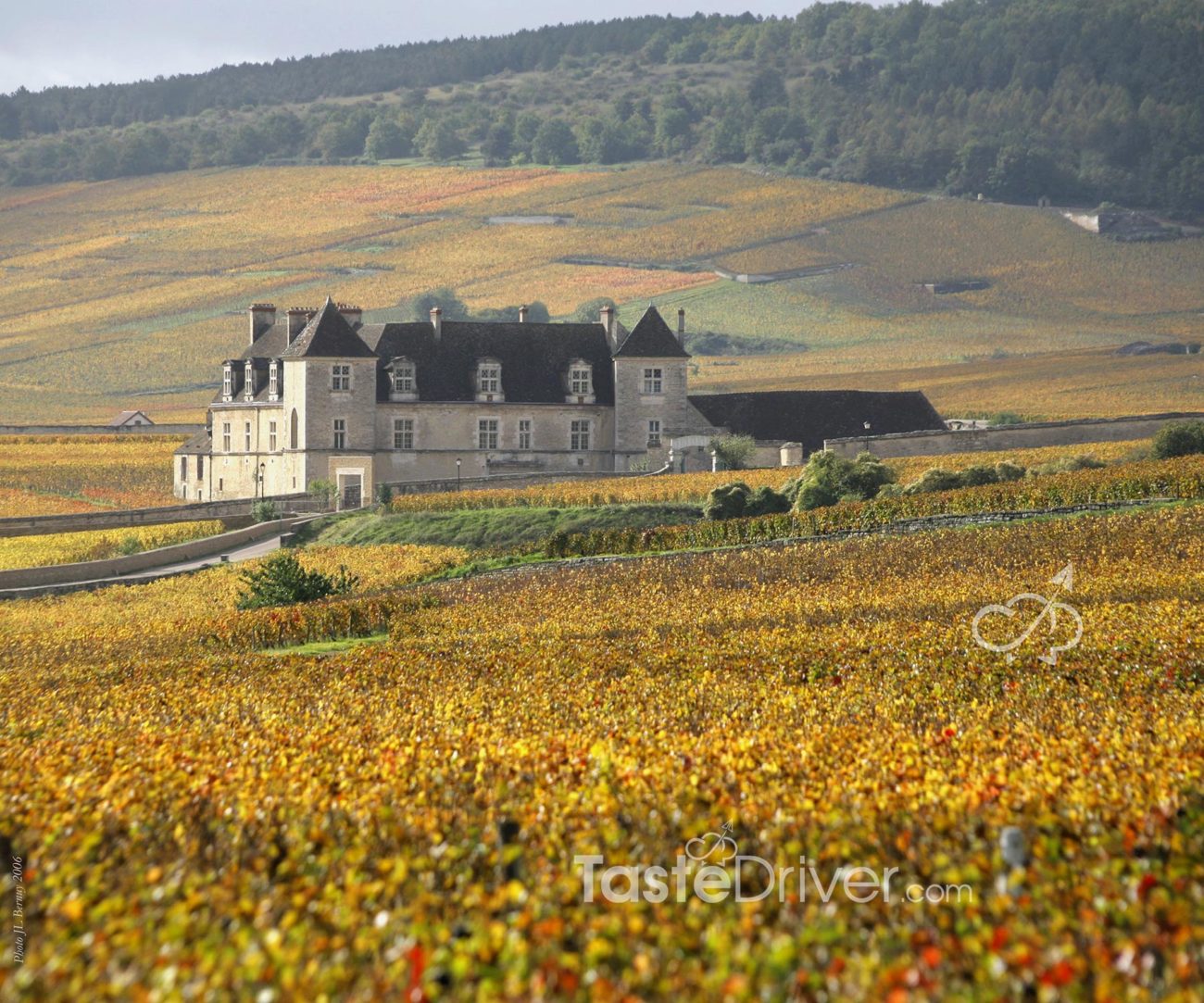 Our tour at the inner places of the Tower, symbol of the French wine-culinary culture

All the wine history of France unfolds in the Tower nestling in the heart of the famous Burgundy vineyard. Since 1949 it has been declared a Historical Monument and is home to the famous Confrerie des Chevaliers du Tastevin, which includes 12,000 celebrities from around the world. We had the great luck to take a tour into the most “hidden” places of the Tower. 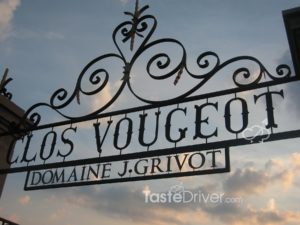 Text and photos by Sissy Nika

As soon as I received the most desired invitation for an official visit to the famous Tower, my heart began to beat loudly.

On my first trip to Burgundy I managed to visit only the parts of the Tower that were accessible to tourists. In all other areas admission is only allowed to members of the Confrerie and also to official guests like us.

A friend winemaker from Burgundy had described the Tower to be like the Acropolis for the Wine-lovers from all over the world where 60,000 to 70,000 tourists arrive every year from all parts of the world for a mystical tour.

After the Elegance de Volnay Award, that was awarded to our publication, the doors were opened for an official visit and tour of the entire Chateau by Mr. Arnaud Orsel, who is the Managing Director of the Confrerie des Chevaliers du Tastevin, the most reputable brotherhood of winemakers and gastronomers of the world.

The Chateau du Clos de Vougeot dominates all the surrounding area. The vineyard reminds us of Renaissance paintings as it is enclosed by the stone fence (Clos in French). Its iron doors are artworks and engulf protectively 52 hectares with old vines, well groomed, reminiscent of sculptures of nature. Absolute lord here the Pinot Noir, reddish, aromatic and very robust.

With Mr. Arnaud Orsel our appointment was set at his office. My anxiety had reached a climax. I had heard so much about him. For his wine and gastronomic knowledge, his training, his noble origins. Friendly they call him a mobile encyclopedia. And something more, his cellphone includes the personal phones of several powerful people in the world. So it is not a coincidence that I look forward to meeting him. With these thoughts I arrived at his office. Minimalistic I would say, high-tech, classical music, huge paintings, dreamy view.

The conversation begins by offering me the favorite juice, a wild peach that grows between the vineyards. Peach with wine aroma. Taste that takes off … all the strange things I’m trying out here!

The conversation and later our tour by Mr. Arnaud Orsel developed into a literally dreamlike revival of the seductive history of the Chateau.

I asked to know the reasons that is considered to be a symbol of France’s culinary and wine culture, and the mention of only the name of the Tower itself provokes exclamations of admiration and respect.

Important its role over the centuries, he told me. 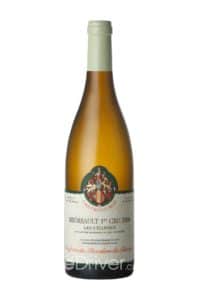 The history of the Tower begins in the Middle Ages, the monastery of St Mary in the nearby forest of Citeaux is founded. The nobles had put it under their shelter and donated several acres of vineyards to Meursault for the monks to produce their own wine for its functions. All this at a time when the role of the church was sovereign in the society and the nobles and landowners easily “exchanged” vines for the forgiveness of their sins.

The movement of the monks in the small town of Vougeot was considered imperative to be close to the vineyard, which is now the largest single vineyard of the area with an area of ​​52 hectares.

The monks’ contribution to the development of viticulture, improvement of vine clones, cultivation methods, winemaking techniques and the production of fine wine is considered to be of great importance.

We must not forget that the “typical” of the monks’ order required methodical, hard work and constant effort.

The reputation of “great wine” brought to this day here, two Popes who granted special privileges and placed the monastery and vineyard under their high protection.

The “bad languages” of the era said that these privileges were “bought out” with many barrels of the famous wine that were “resting” in the Pope’s personal cellar.

Clos de Vougeot’s biggest contribution to Burgundy was its contribution to the salvation and regeneration of the historic vineyard. In the fifteenth century, the vineyard dwindles from phylloxera and is destroyed. Neither prayers, nor rituals nor exorcisms bring the desired result. Only the persistence and the growing cultivation methods of the monks animate the vineyard.

One century has passed to its full rebirth.

Finally, here is the headquarters of the famous Confrérie des Chevaliers du Tastevin, which gives a special prestige to Burgundy.

The Tower and the vineyard always belong to the monks, I asked him.

After the French Revolution, they were nationalized and in 1790 they were auctioned in many properties.

Two owners marked his story. Bocquet refurbished it by spending all his fortune with a unique desire to be buried in front of the vineyard door. Second, Etienne Gamuret, who allowed the Confrerie to repair at its own expense the Tower that had been destroyed after an explosion during the Second World War. Then he gave the Tower’s use to the Confrerie which is still in force today.

The discussion very comprehensive but time is running and we have to start the tour. The architecture of the building is of the Renaissance era. Sophisticated carvings around the doors.

We stood right at the Wine Cellar, where the precious and extremely rare, awarded wines with the precious

Tastevinage label are “resting”. On one wall there was a huge stained glass window with the label. Twice a year a blind trial of Burgundy wines is carried out by 250 scientists and well-known members of the wine community who, with strict criteria, choose, grade and award the best. These receive the treasured tag of Tastevinage and are recorded in the special wine guide that is being circulated around the world.

The selected wines always accompany the famous dinners given in the Tower, so they have a brilliant career … ” he added laughing.

Moving to the right, stands the well of the Tower, which I had seen also the previous time I was here. What I did not know was that the monks took years to open it. The rocky ground made their lives difficult because they had to reach 18 meters deep where they eventually found water.

The yard is impressive and the Winery’s buildings are huge.

At the entrance a statue dedicated to “The Unknown Harvester”

The Winery stands here from the Middle Ages and has the unique quadruple wooden block of presses. Each press covers 50 square meters. In the winery room, huge oak tanks made of 300-year-old trees.

Mr. Arnaud’s words took me back to another era. I imagine the days of glory here would be the Paradise of the Wine-connoisseur…

We passed through the magnificent staircase with carved details unique in its kind, as he told me, and we entered the interesting museum. Hundreds of objects on wines-growing, wine and the history of the Middle Ages to date.

We stood more in the showcase with the indelible plaque with the pictures and bottles of Burgundy sent to space ….. to “reveal” to some perhaps aliens the existence of welfare on the planet earth.

Immediately afterwards, we went to the Living room of Honor!

Only high-ranking members of the Confrerie and official guests are going through the door.

The color of the walls red, like the color of Burgundy wine and oak lining like the barrels. Extensive huge sculpture fireplaces complement the scenery. In the next dining room there is a wooden oak cover with wood-carved vintage tents or Knights’ symbols. We saw some gentlemen preparing for the council in the big hall. The two very well-known celebrities from the world of wine welcomed us and kindly waited for us to finish the commemorative photo with Mr. Arnaud at the entrance of the Hall under the big table of the first meeting of the Confrerie members.

We were offered coffee and pain d ‘epices in fine porcelain with painted grapes while we all gazed at the vineyard. A balsam for our soul.

Now that we stopped for a little while, I found the opportunity to ask him more details about the famous Confrerie des Chevaliers du Tastevin, that is, the Brotherhood of Knights of the Wine-connoisseurs.

The whole idea is very modern, he told me.

Its creation is due to the “bold” idea that was born in the days of the great economic crisis of 1929 and eventually managed to pull out of the quagmire a whole region.

Two charismatic, dynamic Burgundians, Georges Faiveley and Camille Rodier, seeing their barrels full and their products unsold, took the initiative to create a Brotherhood of Eminence that would help to point out and promote local products, especially wines, traditional cuisine, local customs, celebrations and tourism in their area.

With hard work, vision and perseverance, they managed to bring together prestigious people, scholars, ambassadors, famous artists, the top leaders of that era in a few words. People who wanted to offer, loved life, gastronomy and good wine.

Today, the Confrerie has 12,000 members around the world. From heads of state and big businessmen to celebrities and distinguished scientists, artists, writers and journalists.

I did not resist the temptation to ask him how to become a member.

The admission of new members is a very difficult matter. Great care in given in the candidate’s biography, virtues, proven offer, ethos, respect for human values, talents, courage, optimism, dedication to good life and of course to the love for France.

Once the candidate has reached the final stage of the selection, the candidate must definitely be proposed by a number of regular members.

In a magnificent ceremony, the elected Knights, are endorsed Ambassadors of Goodwill of Burgundy and the culinary culture of France.

He suggests that we continue the tour since the heart of the Tower is beating at the famous cellar.

The only over-ground in the world since the rocky ground forbids the opening of a basement. Huge kitchens with fireplaces that can bake a whole calf. Behind the state-of-the-art serving of amazing dinners with attendees of 600 people, the famous Chapitres, that only Knights and their friends can enjoy in the large cellar.

The gourmet theme varies every time and the menu includes over six delicious creations accompanied by the corresponding wines.

In the adjacent rooms, large exhibitions are organized with original visual and cultural approaches of local artists and evolve into cosmic events.

The action of the Brotherhood is both humanitarian and charitable.

Here is a good idea that could take also our own country out from the current crisis, an hour earlier. It just needs vision, determination, consistency and a lot of work.

I wish we tried it, and we Greeks, I thought spontaneously!

As for the Chateau du Clos de Vougeot, welfare and well living in all its grandeur …………since here is its temple.