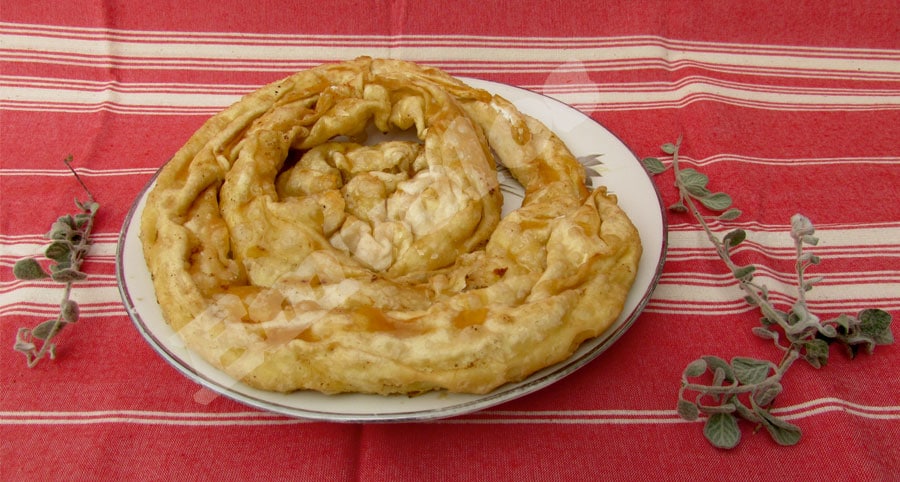 Sarikopites are a typical culinary creation of Eastern Crete.

Their stuffing is mainly with sour myzithra cheese, but for the time of Lent it is stuffed with nuts, coarsely cut walnuts, almonds, cinnamon.

In both cases, they are pouring the pies with their own golden honey filled with herb aromas

In Zaros I tasted the best made in the minute by Maria, one of the best weavers of Crete. Her hands create “poems” on the loom. She also gave me a Cretan towel that they put in weddings under the dish, like todays “sous plat”