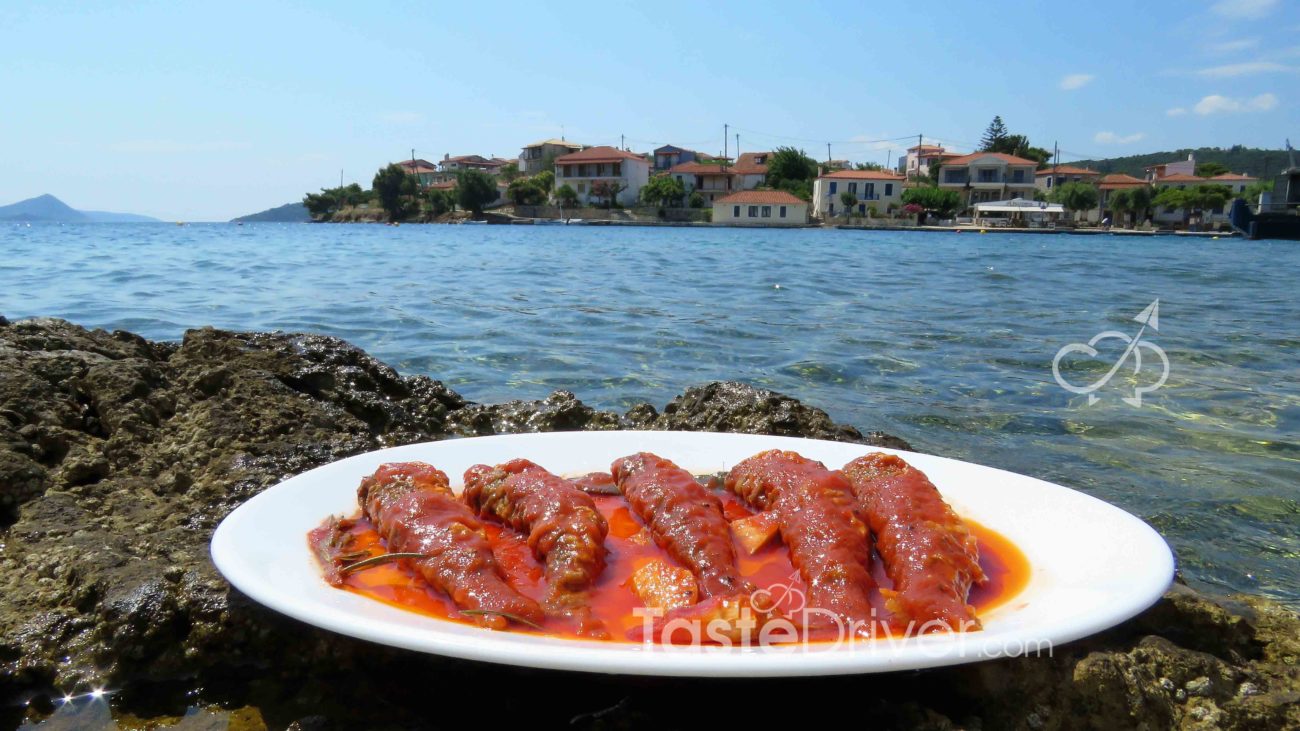 Sardine is one of the most delicious fish. They belong to the top ten fish with the highest concentration of omega-3 fatty acids. Even if  salmon, tuna, trout belong to this top ten group you can find fresh sardines more easily. If they are consumed with the fish bone, they are a rich source of calcium, selenium, iron and vitamin B12.  In addition, we should consider consuming small fish whose life is short and won’t accumulate large quantities of quicksilver, which exists in the sea.

Sardines are affordable to people with very low income.

In the beautiful island Trizonia, sardines are very delicious due to the currents in the Corinthian Gulf. They are the leading ingredient of local seafood cuisine.

Trizonia is a beautiful island that looks like a hidden paradise. Natasa owns the famous restaurant “Ostria” which is well-know for its seafood cuisine.

She prepared the traditional dish of savoro sardines for us, a dish that doesn’t lose its taste even on the following day.

The recipe is yours. 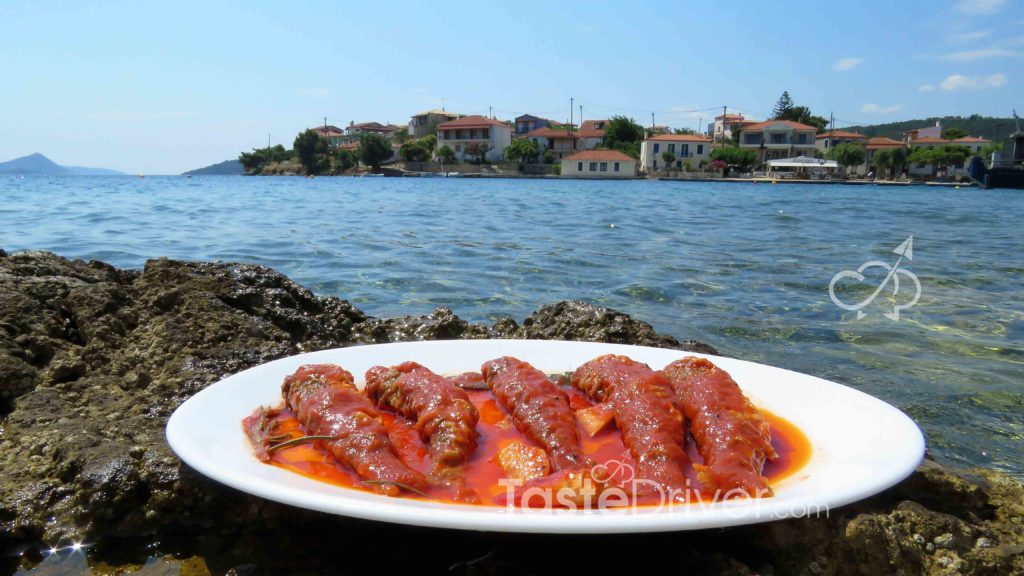