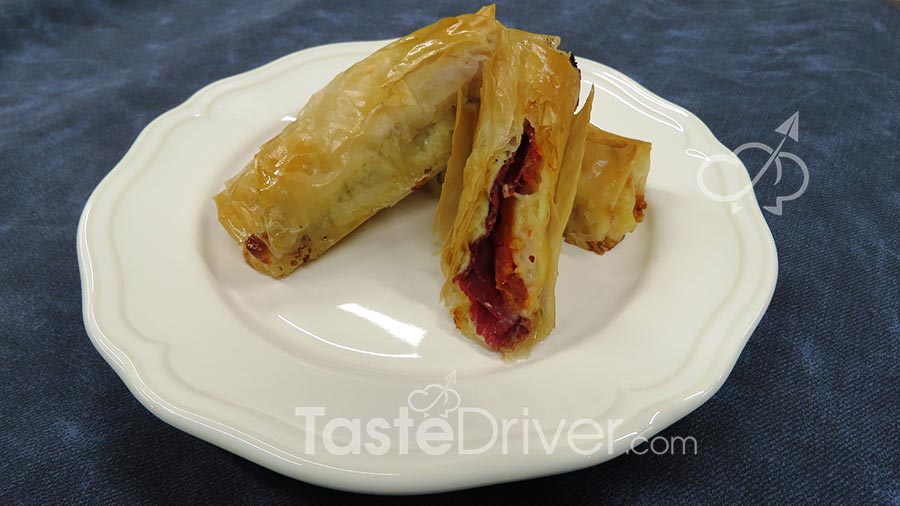 Small pies that are identical with the eastern kitchen like they made it in the old days. Pastrami or pastirma is popular preserved meet in Asia. Its name means “pressed meet” because of the habit the horse riders had to take preserved meet with them, that they “hide it” in special pockets of the saddle. Its a fine treat that you can drink ouzo or raki with it. The first reports for pastrami are at Constantinople at 1624. 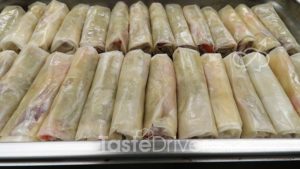 For the pastrami preparation we use meat from the sides. The meat comes from camel, buffalo, sheep, calf or goat. When the pieces had been cut, the meat is dehydrated and cooked with thick salt and tied up between two wooden sticks, so its dehydrated progressively. In the last part the meat is covered from the outside with a red spread called tsemeni that is a well hidden secret of the producer. Tsemeni is made with cumin, garlic, paprika and other spices. The pastrami drys hanged in the air or at the sun for 12 days or smoked so that it drys faster and gets a nice dark red color. 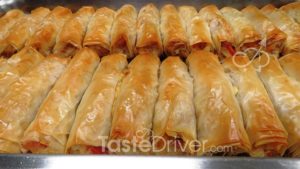 In Greece we make high quality pastrami with unique love, care and respect to the cappadocian family tradition from the Sarry company at Drama area.

A recipe from Cappadocia.