The original recipe of Moussaka with eggplants

The moussaka characterizes our cuisine and has its own history that is lost in the depths of the ages. The origin of the moussaka is not historically established, but many claim it derives from Persia and specifically from the food maguuma, which is made from eggplants, meat and cream cheese.

The first written Greek moussaka recipe was found at the beginning of the 20th century or the end of the 19th century. The moussaka became widely known and loved much because of  the recipe of Nicholas Tselemendes, who published his book with recipes in 1910. 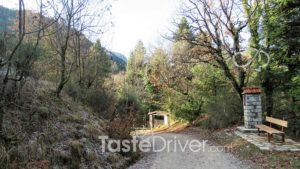 In this recipe, we see the addition of bechamel, a French influence and moderation in the use of spices. Eggplants are cut into thin slices and fried lightly in olive oil or they are baked to make the recipe lighter. Minced beef or mixed with pork, and bechamel are sprinkled with cheese and crumbs. In Macedonia they usually like to put fried round potatoes on the pan. During the Lent, they replace minced meat with squid or octopus. Also the minced meat can be replaced with soybean during the fasting period, just like bechamel.

In Turkey, the moussaka is made from eggplants, onions, peppers, tomato slices and lamb and is served with rice. In Egypt, it is made with layers of eggplant, green pepper, tomato sauce and lamb and veal. In Lebanon,the mousaka is a dish of eggplants, chick peas and potatoes

with spices usually garlic, cumin, red pepper and is served next to warm couscous.

Katerina’s recipe is from her Athenian aunt, who had the book of Tselementes, kept as a Bible … from 1910.

Original recipe of moussaka with eggplants

From Katerina Ksirou, the cook